Originally started by Dave Millner in 2009 as a site for the then Kenexa (Kenexa HR Institute) brand that was focused on providing insights and information for the HR community in the Gulf Region where he was spending a lot of time. From there the interest in the articles and insights being shared seemed to “go global” with increased interest from North America, Asia Pacific and Europe.

It was then decided at the time that Kenexa was acquired by IBM that the Twitter account with 4,000 followers at the time, was no longer required. After liaising with a number of key influencers in the Twitter world they suggested that as the account curated quality HR insights that it should be called “The HR Curator” and hence @HRCurator came into being. The degree of interest in the articles being curated has increased significantly and “almost has a life of its’ own” now with over 32,000 followers worldwide that continues to grow with 100 followers a week.

The learning from this part of the story is never to agree to do something when in a Dubai bar!

In 2016 Mel Millner decided to leave the corporate world of HR which she had been operating in for some time and undertake a number of interim HR and advisory roles and hence the organization of HR Curator Limited was created.

Dave is an Occupational Psychologist with nearly 30 years HR and consulting experience working across the world with global clients on their assessment/performance, employee engagement and organizational development based challenges. Dave has a real passion regarding the transformation of HR functions and the need for a more commercially focused response to client demands and the role that analytics and new ways of thinking can help to change the perceptions of HR.

Mel is a highly experienced HR practitioner who has been involved with HR for over 30 years. She has experience across a range of different sectors (retail, hospitality, public sector and sports) and has a passion for the design and implementation of change across organizations. Get Your Dream Job with These 24 Amazing Interview Resources 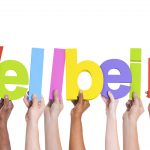