What Does Storytelling Have to Do with HR Analytics? Written by HR Analytics Live and published on 25 October 2019

If you specialize in HR Analytics, chances are you’re quite skilled with numbers and data.

While those numbers are a critical part of the role, there’s another skill set that’s important to develop: telling good stories.

I don’t mean the fictional kind, although a fairy tale may help to illustrate a point in your data. I’m talking about how you keep people engaged and interested in what you have to say.

One of the core jobs to do in an HR Analytics role is to convince others in the business as to why the data and conclusions you have reached are important. Here’s how storytelling helps:

Humans are wired for stories

Have you ever sat through a data-heavy presentation and felt your eyes glazing over? This happens to many people – in most cases, the data itself is simply not engaging enough to prevent the mind from wandering.

On the other hand, an appreciation for storytelling is something that has been hardwired into us from the time of very early humans. Stories were told around the fire and passed down from generation to generation, often to teach an important lesson, but also to entertain.

What does any of this have to do with HR Analytics? Well, you need to be able to keep the attention of the right people too, especially if you want meaningful action to be taken as a result of findings in your data. You might be in the boardroom rather than around a campfire, but the same techniques can come into play.

It’s interesting to look at what happens to our brains when we are engaged with a story. Different areas of the brain light up in response to the story being told. For example, if people are told a sad story, the region controlling empathy may be active. If scenes are described in terms of smell, sight, touch, taste, and sound, the areas that control those senses light up.

By contrast, if people are viewing a presentation where they’re getting bare facts and data, there is much less engagement in the brain. They don’t experience it or immerse themselves in it like they can with a good story. They’re only using the areas responsible for processing data.

When you think about how you might make an impression on the audience you’re presenting to, consider that storytelling has been used for generations as a fundamental way to communicate and for the brain to organize information. Even babies have been shown to make sense of data via storytelling. Which sentence grabs your interest more; “let’s look at some data,” or “let me tell you a story”?

Let’s face it, if your audience fell asleep five slides into your presentation, it’s not going to be as effective as you would hope in persuading them. You may have done a lot of work on data gathering and analysis, but every HR analyst knows that doesn’t matter if you don’t get the chance to help solve a real problem.

I’d go as far as to say that the story you tell will trump the data in their eyes anyway. After all, which do you think they’re going to remember later? Most likely it will be the thing they could relate to: the story.

There are multiple studies that back the notion that using narrative to communicate is a better way for scientists and other data-heavy professions to make their points heard. Consider this from a National Academy of Sciences paper:

“Narratives offer increased comprehension, interest, and engagement. Non-experts get most of their science information from mass media content, which is itself already biased toward narrative formats. Narratives are also intrinsically persuasive, which offers science communicators tactics for persuading otherwise resistant audiences…”

You might have worked very hard on the data analysis, but those hard facts need to be communicated in such a way that they’re personal to the audience and relevant to their needs. This is one reason why it’s important to know your audience and understand their priorities before heading into a presentation.

Telling better HR storiesIt’s clear that storytelling will be a valuable skill for anyone who needs to be able to convince management or others in the business to take action. Knowing that and actually putting it together can be two separate issues though!

If you have a supportive team around you, sometimes this is a role that can be delegated to the person who has the best storytelling abilities. Many data analysts readily admit that telling a good story may not be their fortè, so maybe it is appropriate to leave the presentation up to someone who is already a weaver of words.

Not all analysts have this luxury though. Sometimes you’re part of a small team, or even on your own, so it’s up to you to be able to take that complex information you’ve uncovered and break it down into a more easily digestible narrative. Your goal should be to help the executive team, stakeholders or whoever needs to make a decision from the data see the value of your findings and connect with them on an emotional level.

What makes for a good story?

At first glance, connecting data with a good story sounds like a huge challenge. It’s certainly not easy, but it’s doable if you remember a few key elements that go into good stories:

Putting your story together

Many HR practitioners would open their presentation with something like “we were tasked by [name] with finding out why [description of problem].” This is a way to justify their work and why they’re there to present.

It’s quick and efficient, but it doesn’t really say “hey, we’ve got an interesting story to tell, keep listening.”

Think about opening with a major conclusion from your work, told in an interesting way. Here’s an example, as described by Johnathan Ferrar:

“As a company, we have distinguished ourselves as the most effective organization at developing technical talent for our competitors.”

The executives you are talking to are immediately paying attention. What?! Why is our technical talent going to competitors??

You might then launch into a narrative based on what you’ve found:

“Let me tell you about a software engineer for our organization – we’ll call her Sally. Sally graduated top of her class at Cambridge and started working for us immediately after. She quickly took to the role and received ongoing training to add to her skills.

After a couple of years, Sally was enjoying more complex projects, but she found herself increasingly unhappy at work. Her salary had only increased by 2% since joining the company and she felt that she didn’t have as much autonomy with her work as she’d like. In fact, as she’d describe it, she often felt micromanaged. When she raised concerns with management, she was told that the processes were there for a reason and to “stay in her lane.”

Sally felt that the strict controls put around her work inhibited her own initiative and creativity. She started to look for other opportunities, and found [name of major competitor], who were willing to pay significantly more and provide an autonomous work environment. She left our organization, taking those skills and their benefit to us with her.

What if I were to tell you we’ve had 12 Sally’s in the last two years? What if those 12 Sally’s are now benefiting our competitors to the tune of $1 million each per year?”

You get the picture. You can weave some of your data into the story while keeping it interesting and relevant.

Storytelling has everything to do with HR analytics if you want to have a better chance of convincing executives to take action.

A well-told story is much more engaging than a bunch of facts and data beamed up on a Powerpoint presentation. It will be memorable and your point will be more easily made with your audience.

If you’re not a confident storyteller, it’s something you can practice. Remember, the elements of what makes a good story are widely discussed, so practice weaving a tale around your own findings. 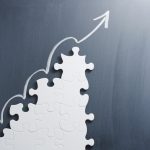 Five Steps to Getting Higher ROI on Your Learning Content 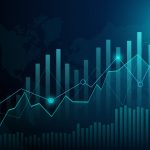 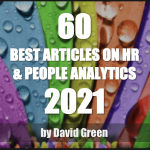 The Best HR and People Analytics Articles of 2021

Five Steps to Getting Higher ROI on Your Learning Content